The Minerva Center for Human Rights at the Hebrew University, in cooperation with the Konrad Adenauer Foundation in Israel, held a series of discussions based on the documentary film "The Law in These Parts" under the academic guidance of Professor David Kretzmer and the collaboration of film director Ra’anan Alexandrovich. "The Law in These Parts" examines the IDF’s judicial system in the West Bank from a critical point of view and is based on interviews with jurists, including lawyers and judges, who played key roles in the legal system in the Occupied Territories since 1967.

At each of the four discussions, excerpts from the film or additional photographic materials that were not included in the film were screened.  The speakers at the sessions represented various perspectives, as the panels included civil society practitioners, military and government officials and academics. 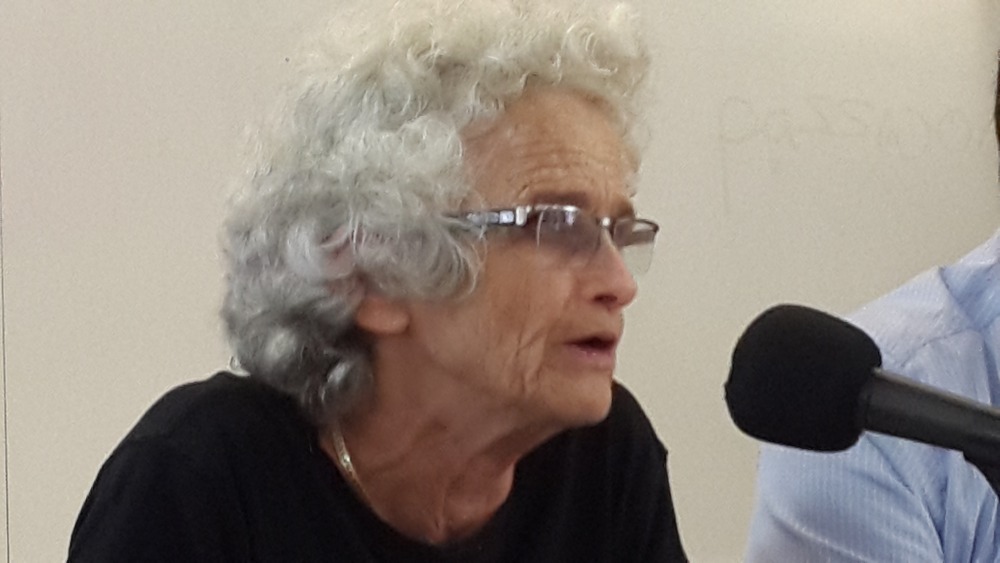 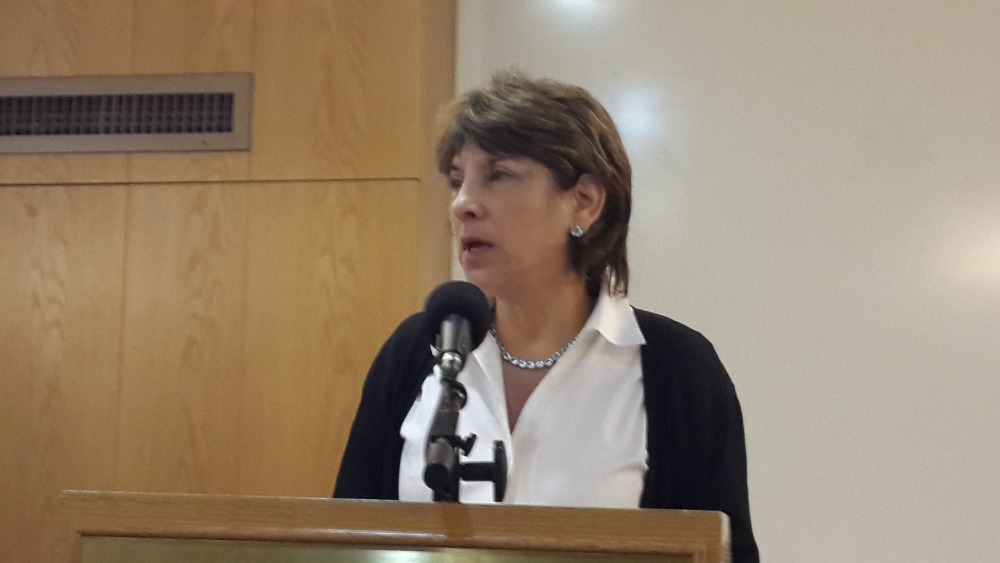 The EU Delegation in Israel held its annual celebration of International Human Rights Day at the Hebrew University’s Minerva Center for Human Rights. Speakers at the event included the Head of the Delegation of the European Union, Ambassador Lars Faaborg-Andersen; the Deputy Attorney General for International Law, Dr. Roy Schondorf; the Director of the Association for Civil Rights in Israel, Mr. Hagai El-Ad; and the Dean of the Hebrew University’s Faculty of Law, Prof. Yuval Shany. 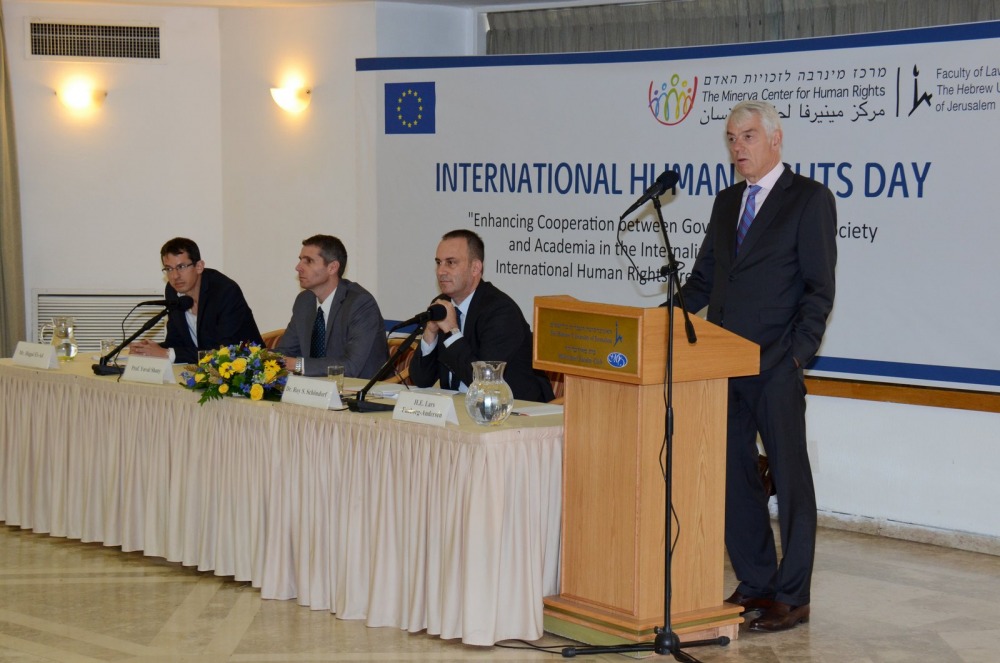 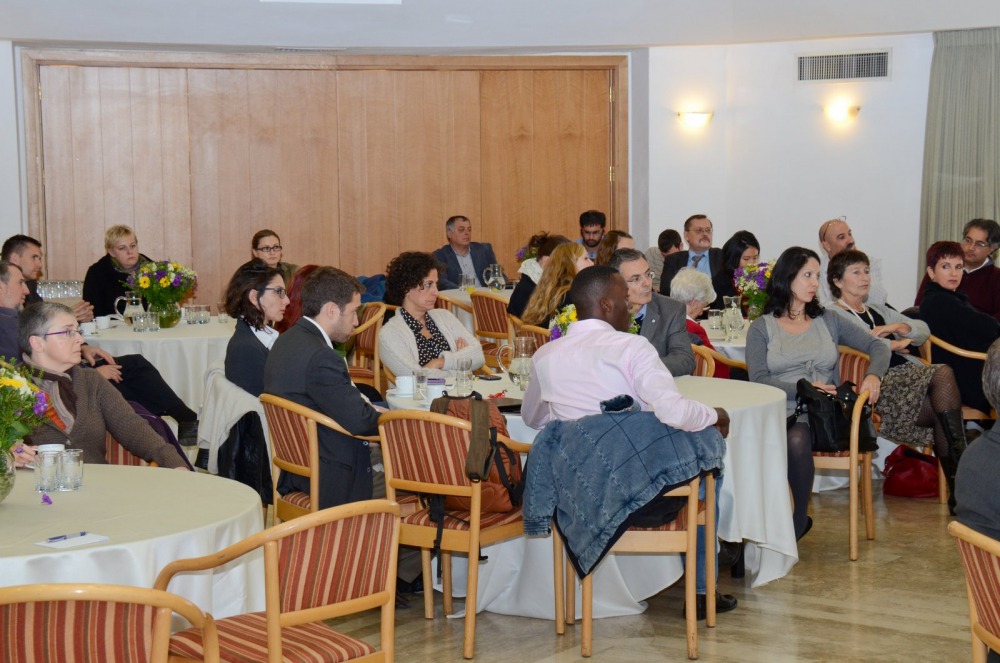 Military Objectives and Objects of War: An Uneasy Relationship (November 24-25)

Our 8th annual conference on international humanitarian law, held by the Minerva Center for Human Rights in collaboration with the International Committee of the Red Cross (ICRC) and the Konrad Adenauer Foundation, focused on the concept of “military objectives” as a foundational element to the legality of hostilities. 20 international and local experts gave presentations during the conference. 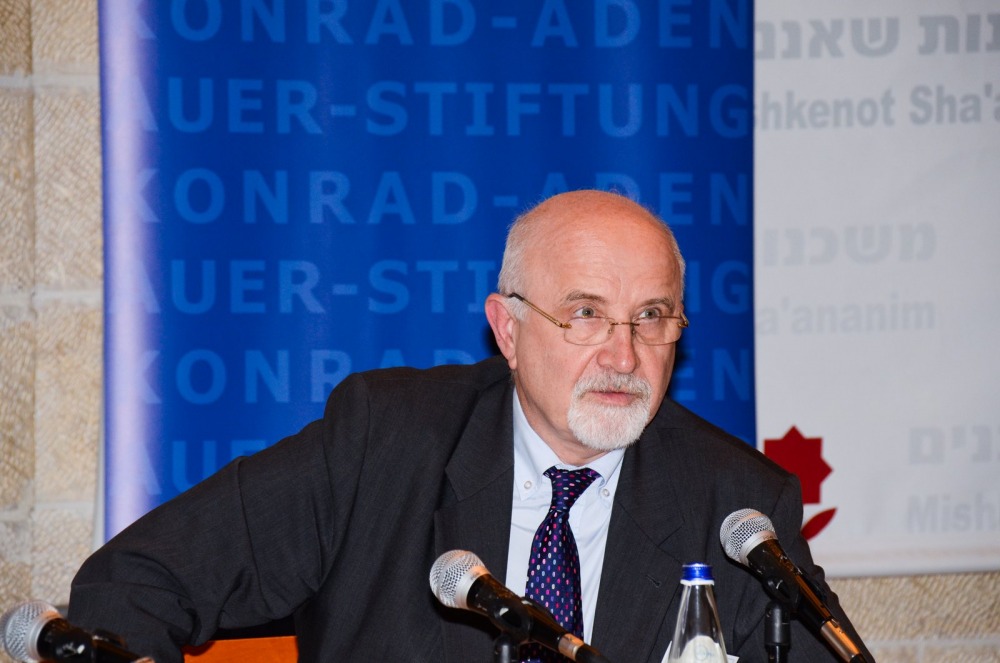 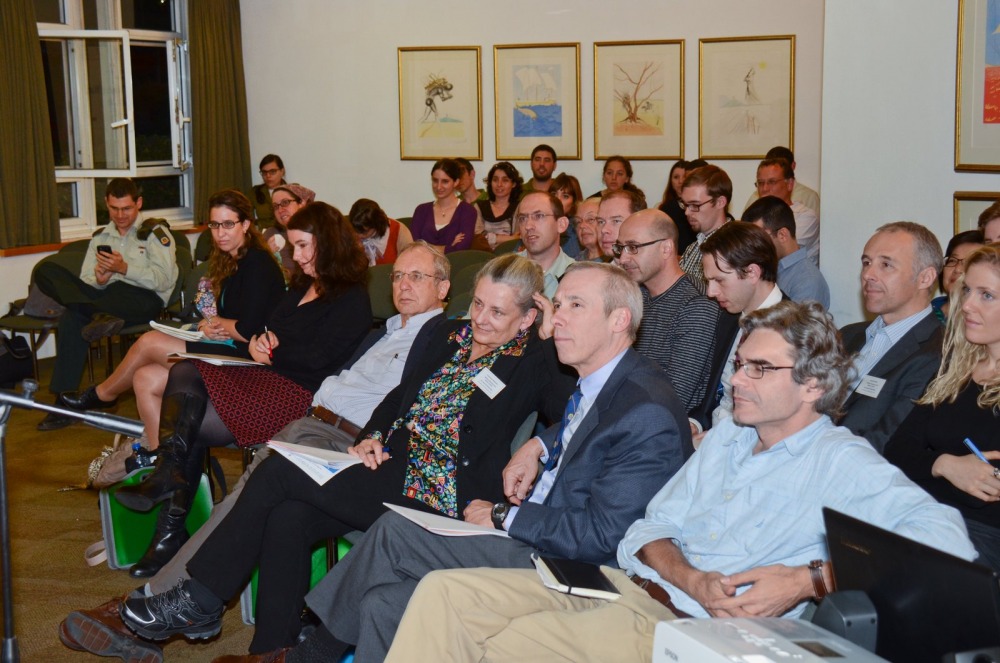 The Minerva Center for Human Rights and the Liwerant Center at the Hebrew University of Jerusalem hosted a symposium on "Human Rights and Transitional Justice in Post-Pinochet Chile". Prof. Rodrigo Correa González, Dean of the law faculty at Adolfo Ibáñez University, Santiago, spoke about "Transitional Justice in Chile: The Constitutional Framework" and Prof. Ximena Fuentes Torrijo,  Faculty of Law, Adolfo Ibáñez University, Santiago, spoke about “The Role of International Human Rights Law in Post-Pinochet Chilean Democracy”.

The Minerva Center for Human Rights and the Department of Romance and Latin American Studies co-hosted a symposium on "Transition, Justice and Human Rights in Argentina". The symposium lecturers were Dr. Claudio Bonadio, Federal Judge of Argentina, who spoke of  “Perspectives on the Protection of Human Rights in Argentina” and Dr. Sergio Torres, Federal Judge of Argentina, who spoke of “Systematic Violations of Human Rights during the Military Dictatorship - the Role of Justice: the ESMA Case”. Prof. Ruth Fine, Director of the Hebrew University’s European Forum, and Prof. Barak Medina, Academic Director of the Minerva Center’s Transitional Justice Program, chaired the event.

The Minerva Center for Human Rights and the International Committee of the Red Cross held a symposium with Mr. Peter Maurer, President of the International Committee of the Red Cross, who lectured on "Challenges to Humanitarian Action in Contemporary Conflict: Israel, the Middle East and Beyond", and Prof. Aharon Barak, President of the Israeli Supreme Court (Ret.), who lectured on "International Humanitarian Law and the Israeli Supreme Court". The event was chaired by Prof. Yuval Shany, Dean of the Faculty of Law at the Hebrew University of Jerusalem.

Dr. Pierre Hazan on the Issues Between Justice and Peace (May 19)

The Minerva Center hosted a lecture and discussion with Dr. Pierre Hazan, from the Political Science Department at the University of Geneva, as part of the 2nd Fried-Gal Transitional Justice Colloquium. 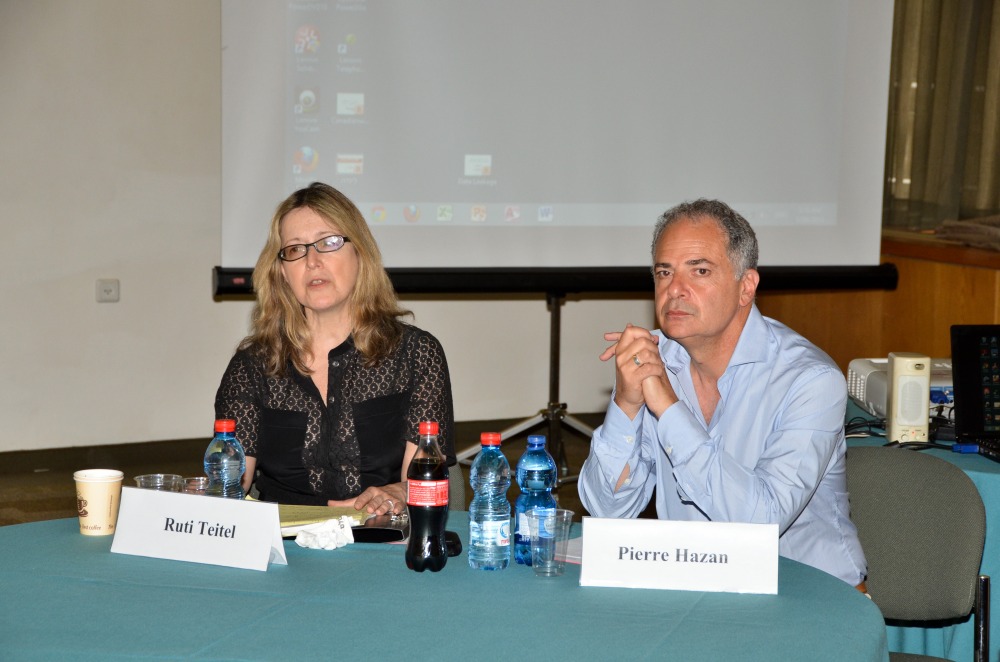 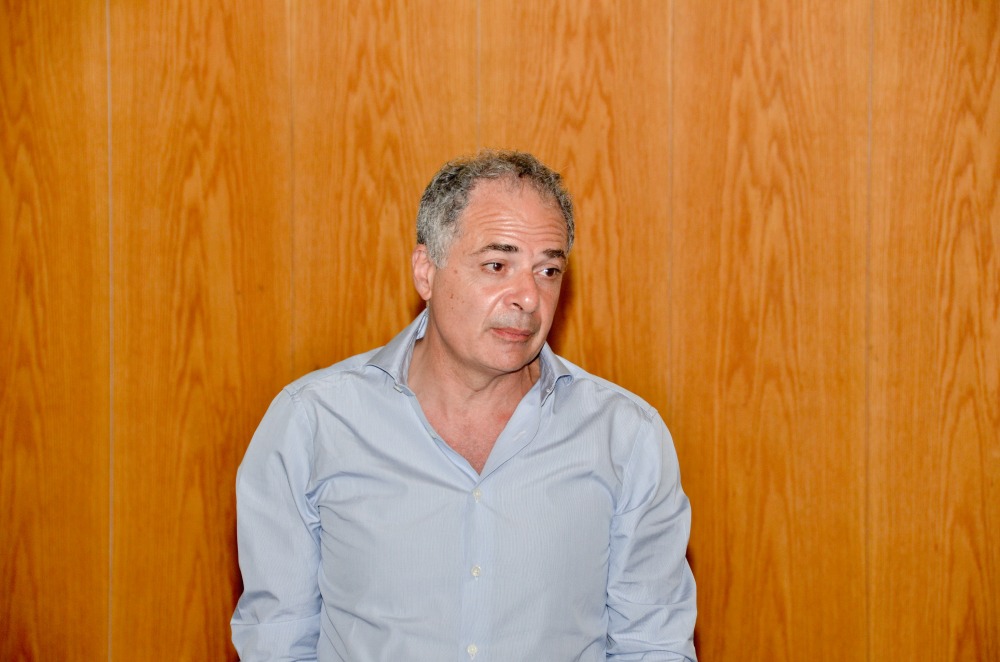 The Minerva Center hosted a series of 5 lectures on the issue of Cyber Security and Human Rights.

March 19 - Prof. Karin Nahon, of the Information School, University of Washington and the Hebrew University of Jerusalem, spoke about "The Biometric Database: A View from the Frontlines of the Struggle".

June 11 - Dr. Eran Toch, the Department of Industrial Engineering, The Iby and Aladar Fleischman Faculty of Engineering, Tel Aviv University, spoke about "Cyber Security: Technologies and their impact on privacy".

Dr. Zachary D. Kaufman, Fellow, Yale Law School Genocide Studies Program and School of Management Program on Social Enterprise, lectured on the issue of the Rwandan media’s role in inciting genocide, in light of his new book "Social Entrepreneurship in the Age of Atrocities: Changing our World", published in 2012. 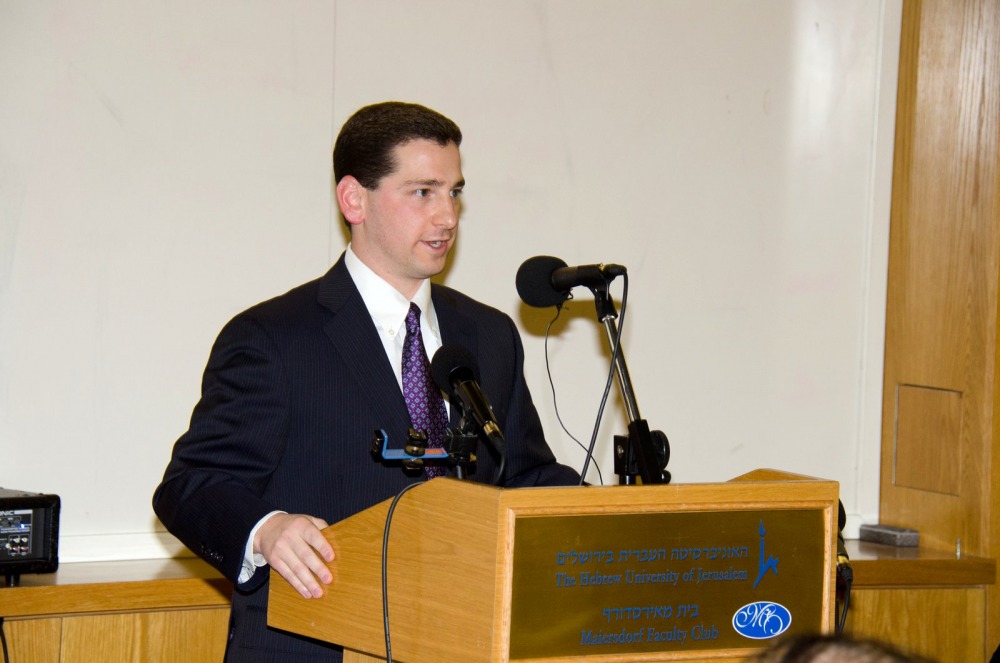 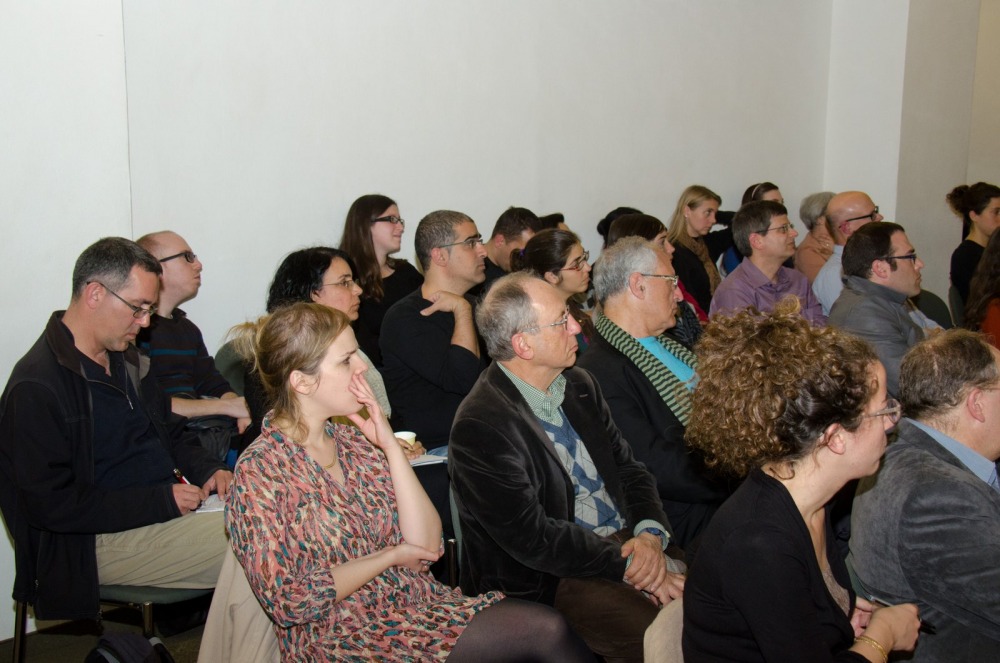