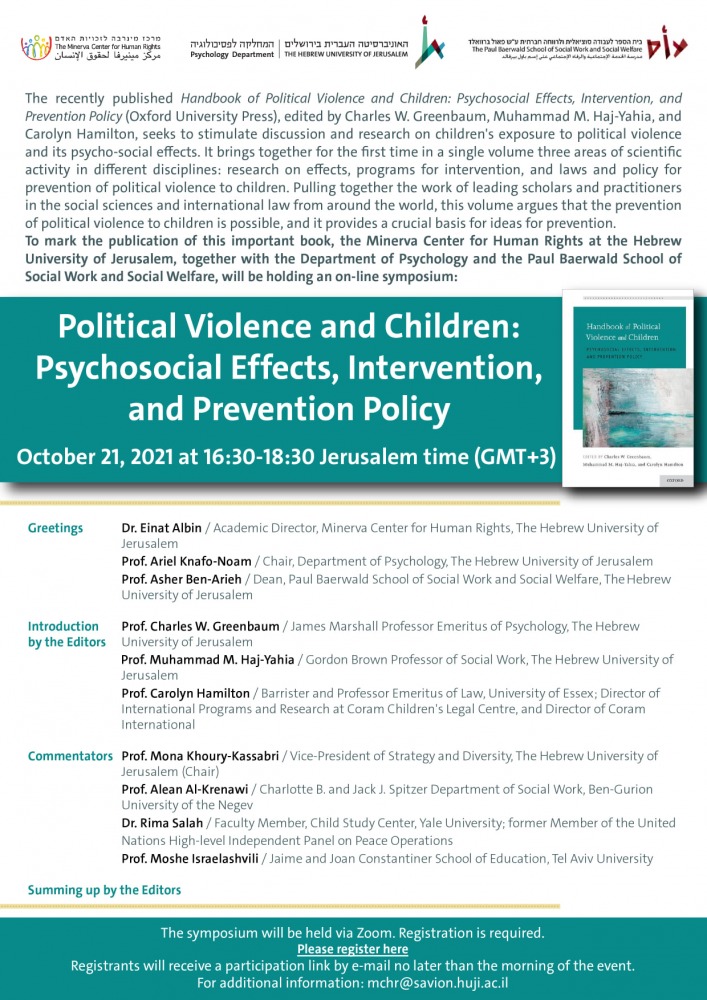 New Developments on the Extraterritorial Application of Human Rights 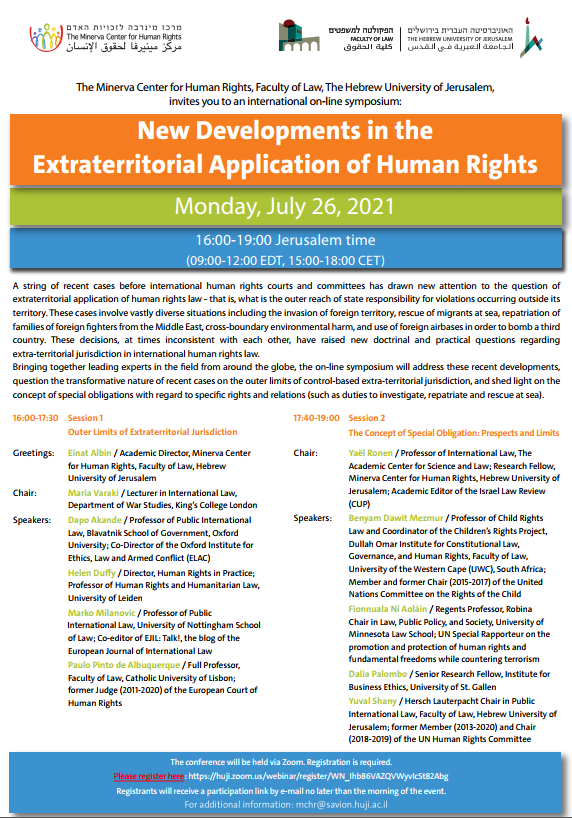 The Scripts and Settings of Transitional Justice: Procedure, Protocol and Form 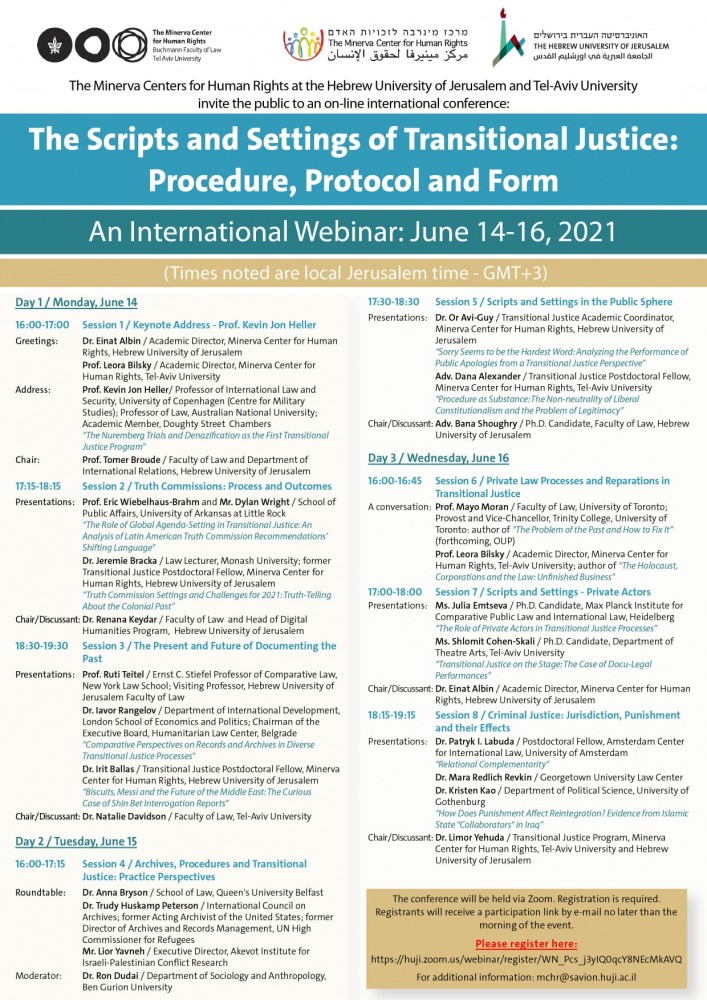 The Occupation of Justice: The Supreme Court of Israel and the Occupied Territories
2nd ed., David Kretzmer and Yaël Ronen, Oxford University Press, 2021
(On-line Webinar, May 20, 2021)

discusses the Supreme Court of Israel's decisions relating to the territories occupied by Israel in 1967. It examines the inherent tension involved in judicial review over the actions of the authorities וn occupied territory the inhabitants of which do not belong to the political community of the Court. The book argues that this tension is aggravated in the context of the West Bank by the glaring disparity between the norms of belligerent occupation, which, according to the Court, bind the authorities, and government policies there. The book concludes that while review by the Court has enabled many individuals to receive a remedy, it has largely served to legitimise government policies and practices in the Occupied Territories. 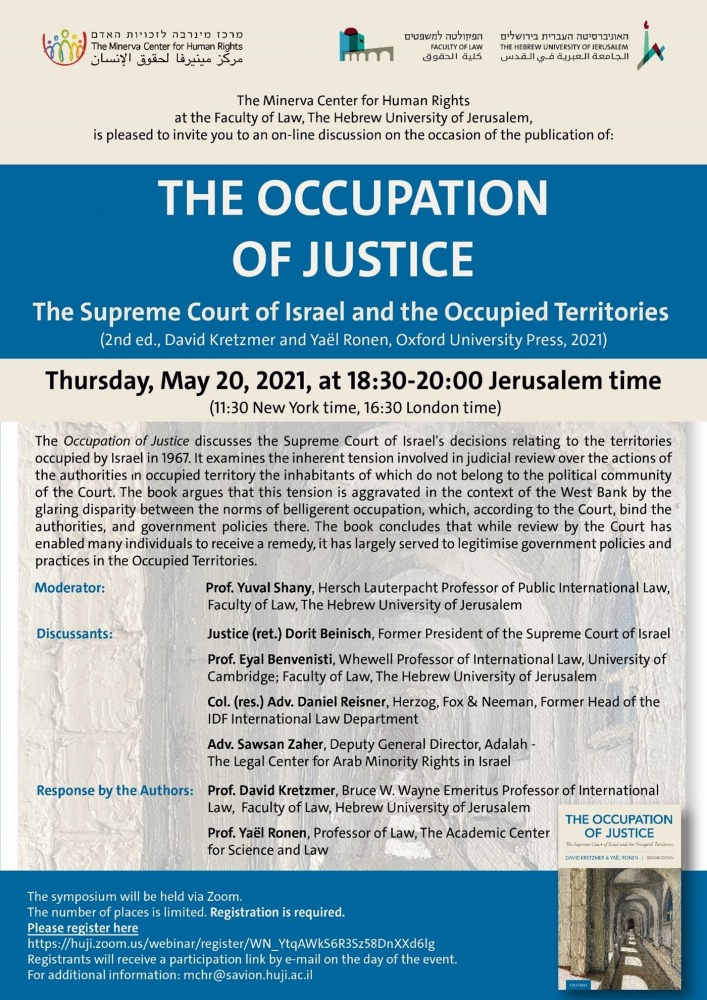 An on-line lecture by Prof. Raya Morag, a Professor of cinema studies at the Department of Communications and Journalism, at the Hebrew University of Jerusalem. 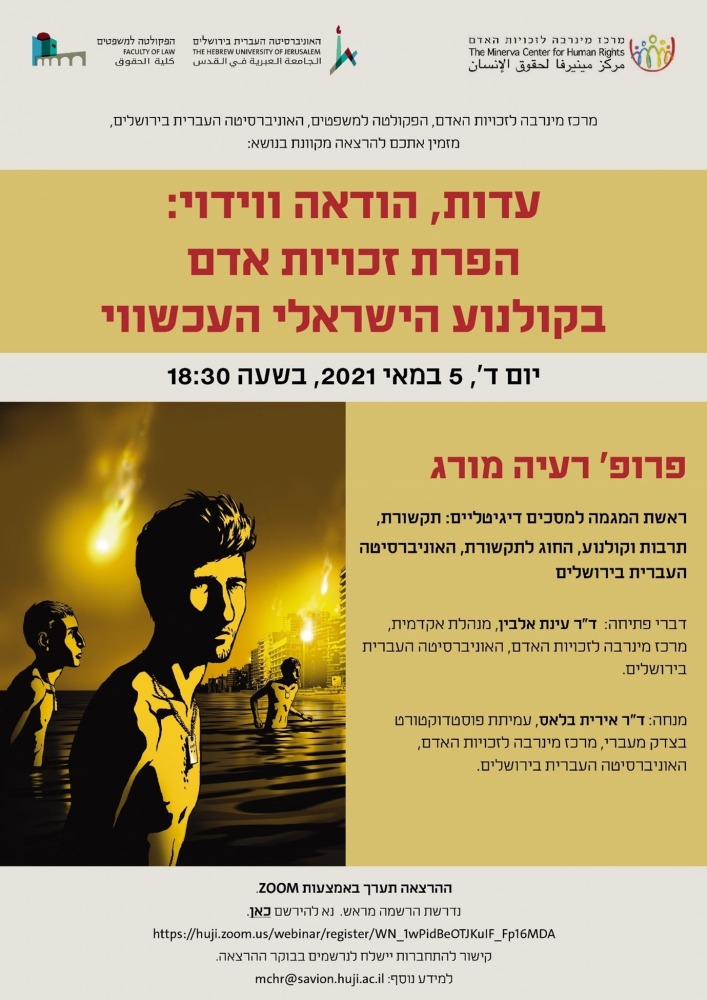 An Investigation into Israel/Palestine by the International Criminal Court in The Hague: The Tension between the Right to Justice and Conflict Resolution (March 17)

On March 3rd, 2021, the International Criminal Court in The Hague announced that it would open an investigation into alleged serious violations of international law and human rights occurring in the West Bank, East Jerusalem, and the Gaza Strip. This scenario sheds light on a significant tension that may arise between key elements of transitional justice, during an active conflict in general, and in the context of the Israeli-Palestinian conflict in particular. This joint seminar of the Harry S. Truman Research Institute for The Advancement of Peace and the Minerva Center for Human Rights at the Hebrew University of Jerusalem dealt with the case of the International Criminal Court, and a series of issues derived from the central question: Is there a gap between the right to justice and the goal of conflict resolution? 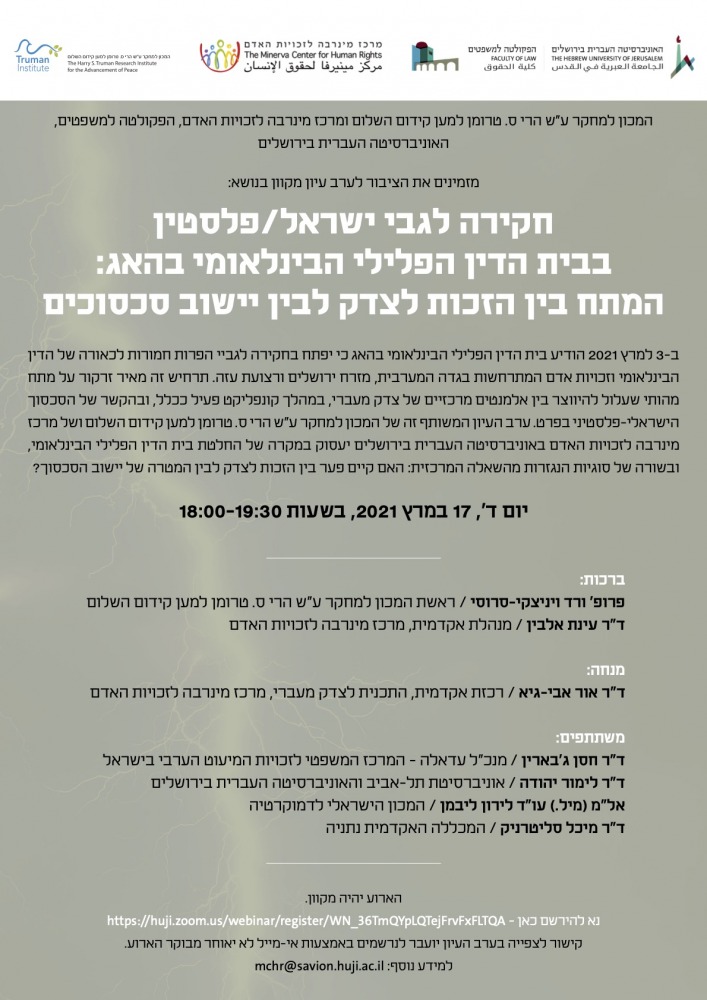 The Minerva Center for Human Rights, at the Hebrew University of Jerusalem Faculty of Law, held an online discussion on due process, legal representation and procedural rights in the U.S. Military Commissions in Guantanamo Bay.

In the symposium, the Minerva Center hosted two prominent defense attorneys who represent detainees at Guantanamo on behalf of the U.S. Military. Among the topics that were discussed: What are the differences between the Military Tribunals and civilian courts in terms of procedural and evidentiary rules? How do these impact the rights of detainees, and their lawyers’ ability to provide effective representation? What strategies do defense attorneys employ in these conditions? How do they contend with differences of language and culture with their clients? And how has the COVID-19 pandemic affected the proceedings at Guantanamo?

The discussion was moderated by Adv. Gaby Lasky, one of Israel's leading human rights lawyers. She regularly represents Palestinians in criminal and administrative proceedings in Israel and in the OPT. She is the recipient of numerous awards, including the Emil Grunzweig Human Rights Award. 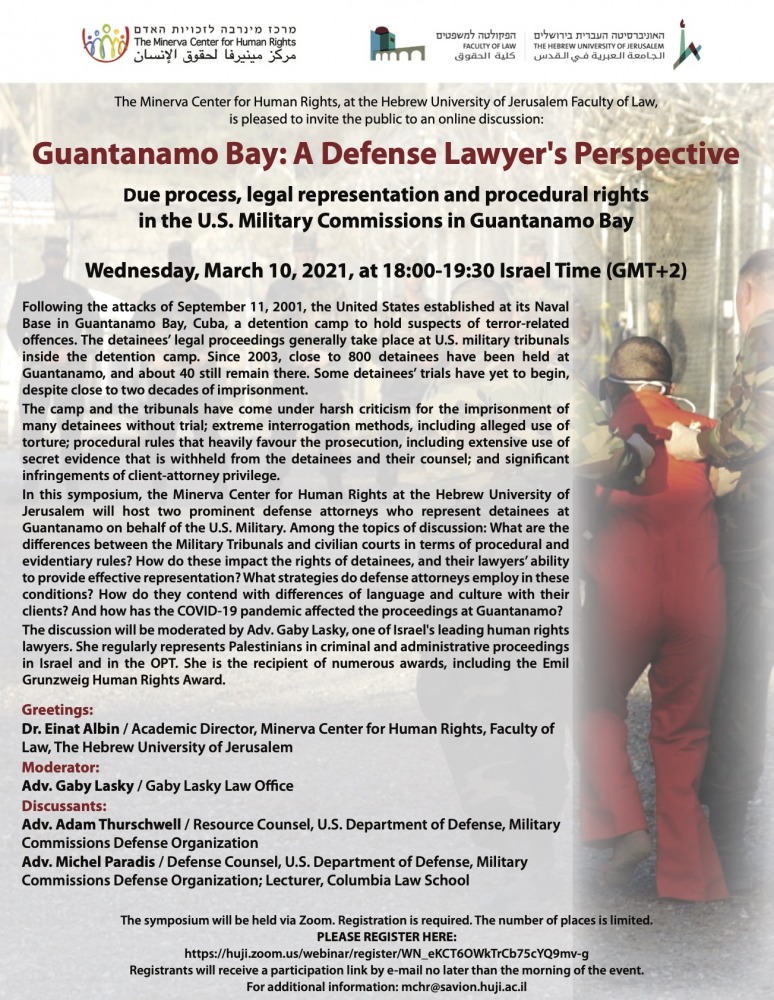