A Guest Lecture by Prof. Ivana Jelic of the University of Montenegro, Member of the UN Human Rights Committee (December 30)

The public was invited to a lecture by Prof. Ivana Jelic on The European National Minority Rights Protection System: Concepts and Standards, Strengths and Challenges. 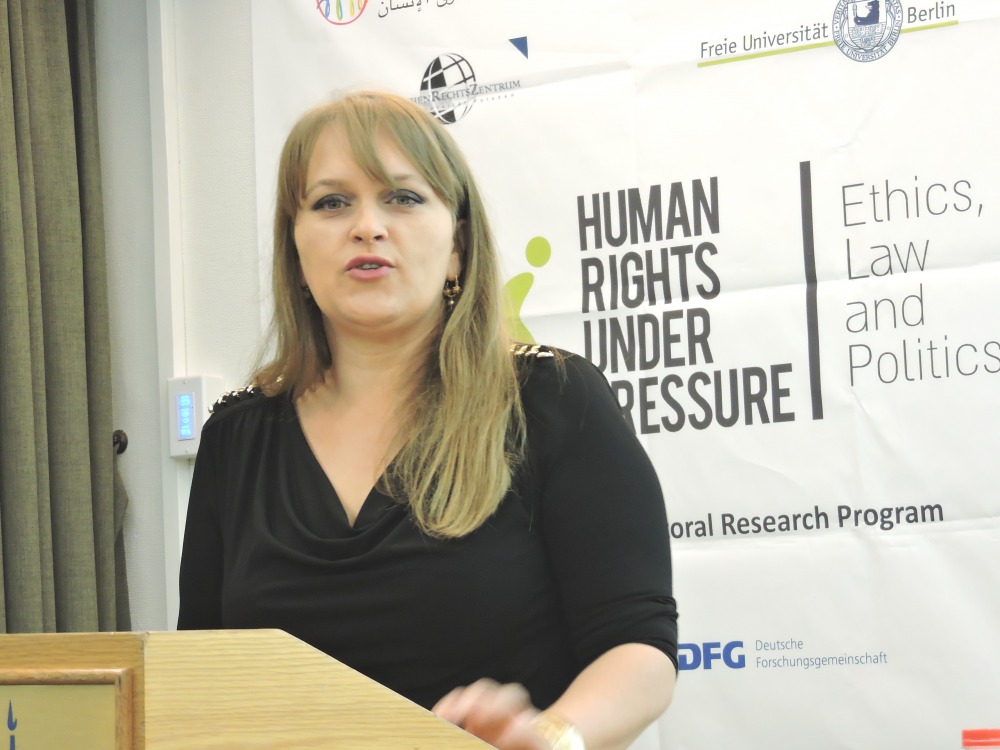 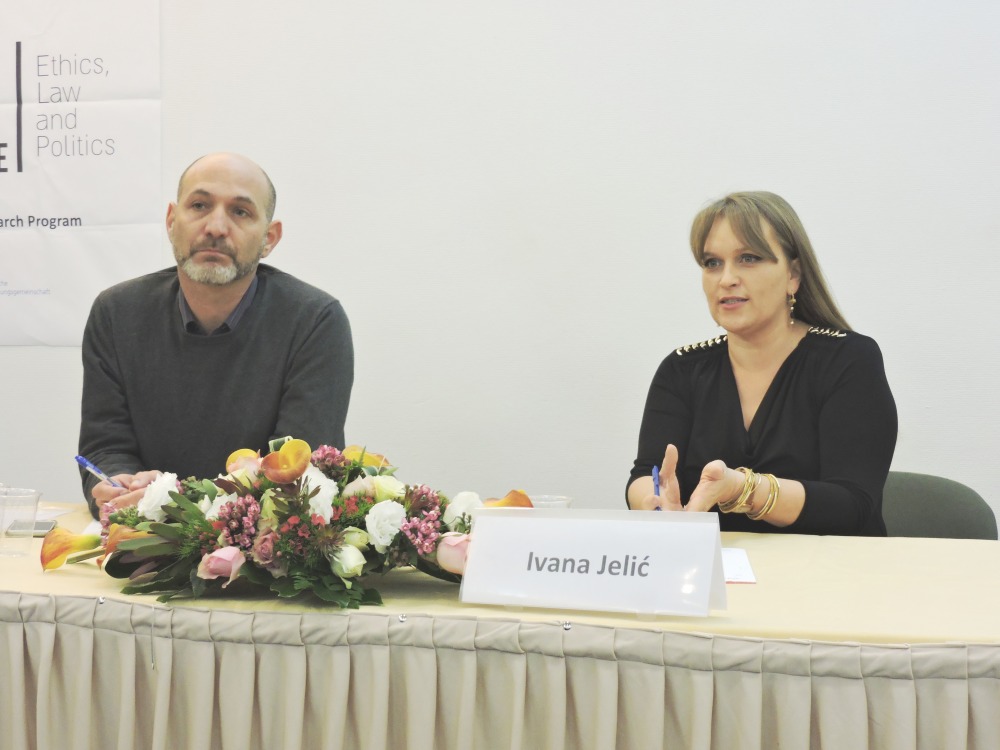 A discussion on "Documentation, Investigation and Incrimination of Torture in Israel" (December 27)

The public was invited to a government/civil society/academia meeting on the subject. 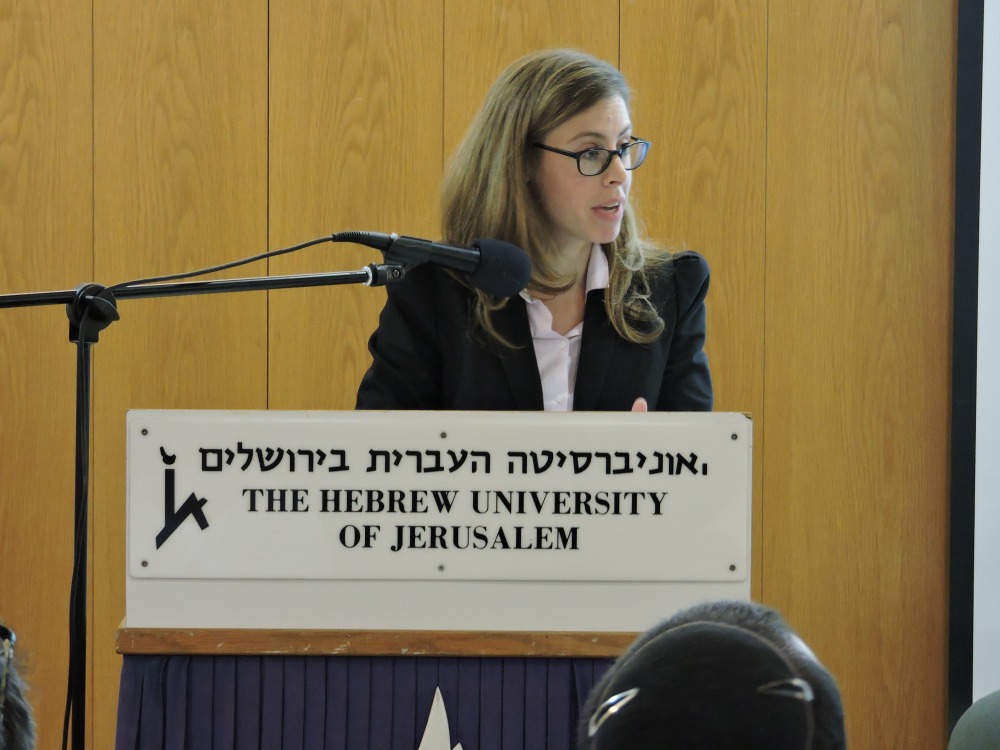 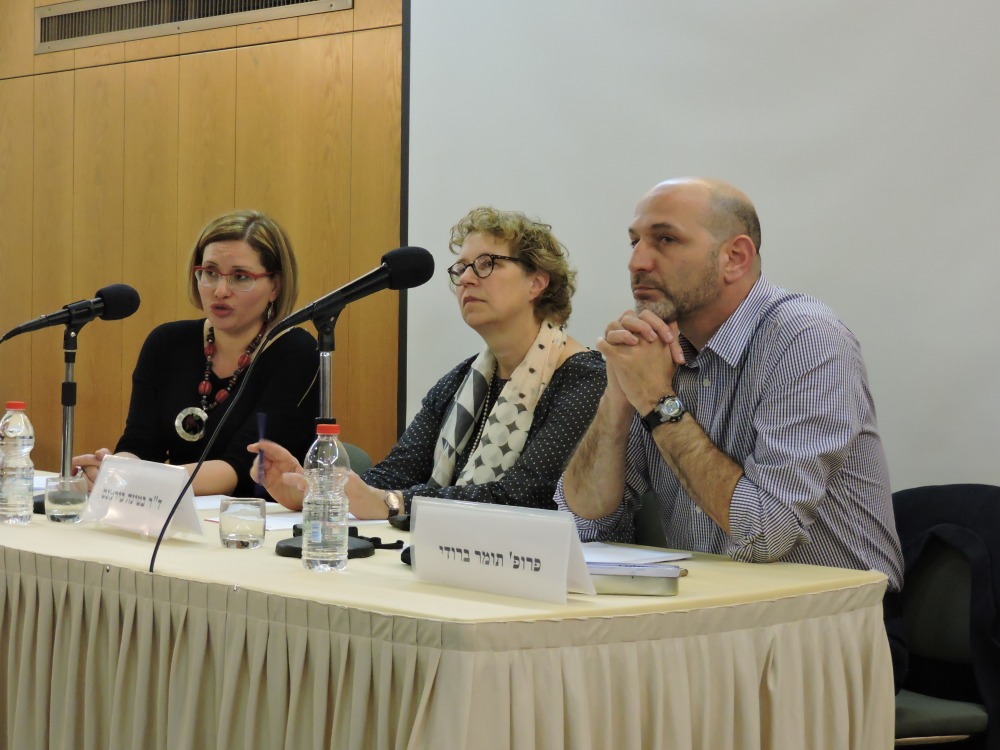 The Public was invited to a lecture by the former Chief Prosecutor of the International Criminal Court (ICC) on "Learning from Reality: International and Foreign Courts' Interventions in the Israel/ Palestine Conflict". 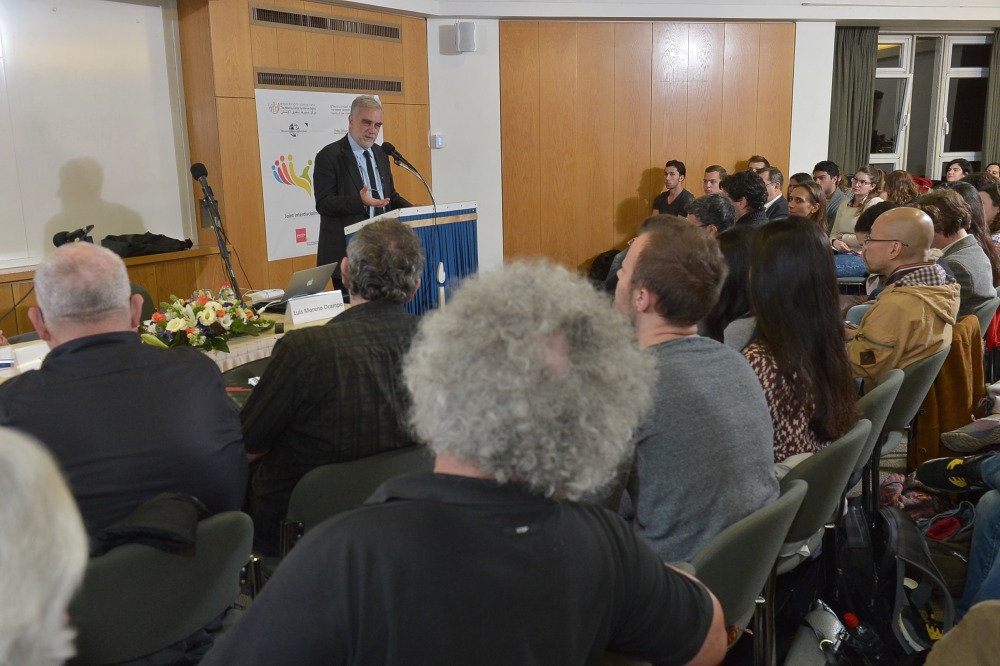 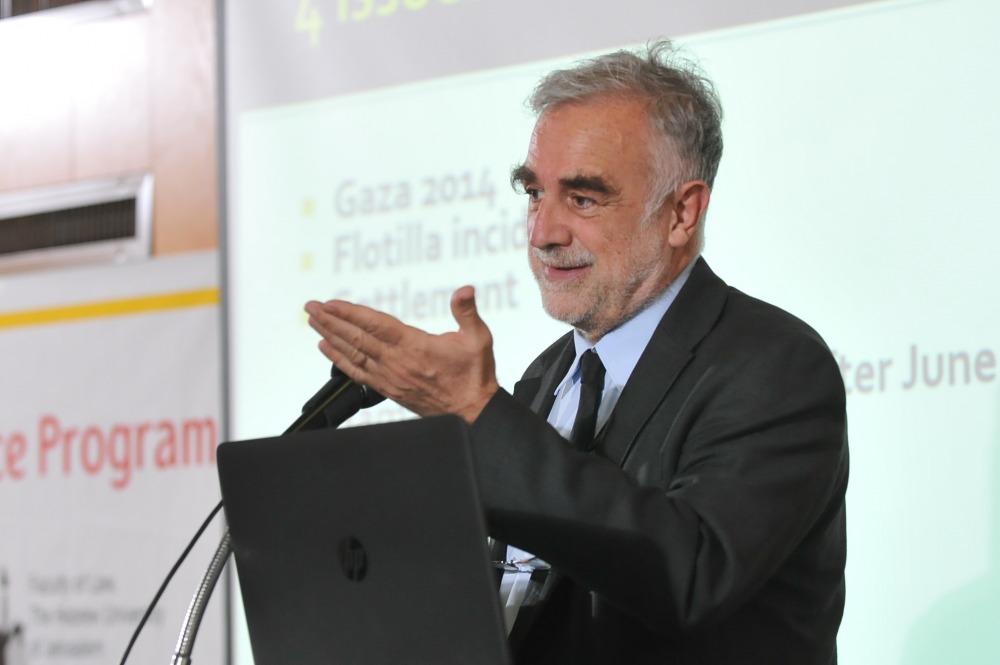 The public was invited to a lecture by Prof. Monica McWilliams on "The Role of Women Activists in the Northern Ireland Peace Process". 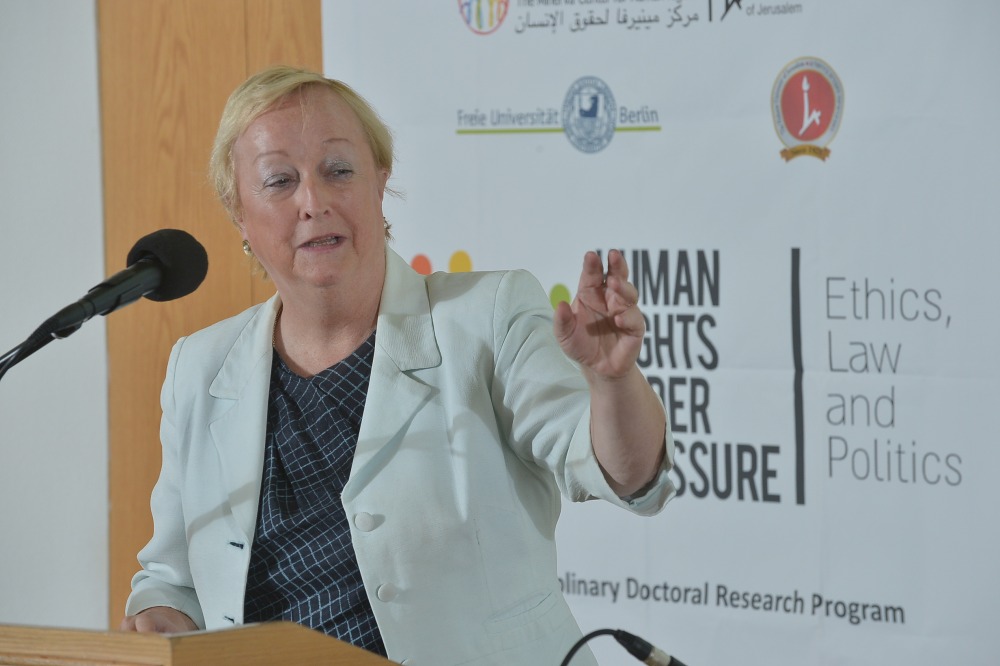 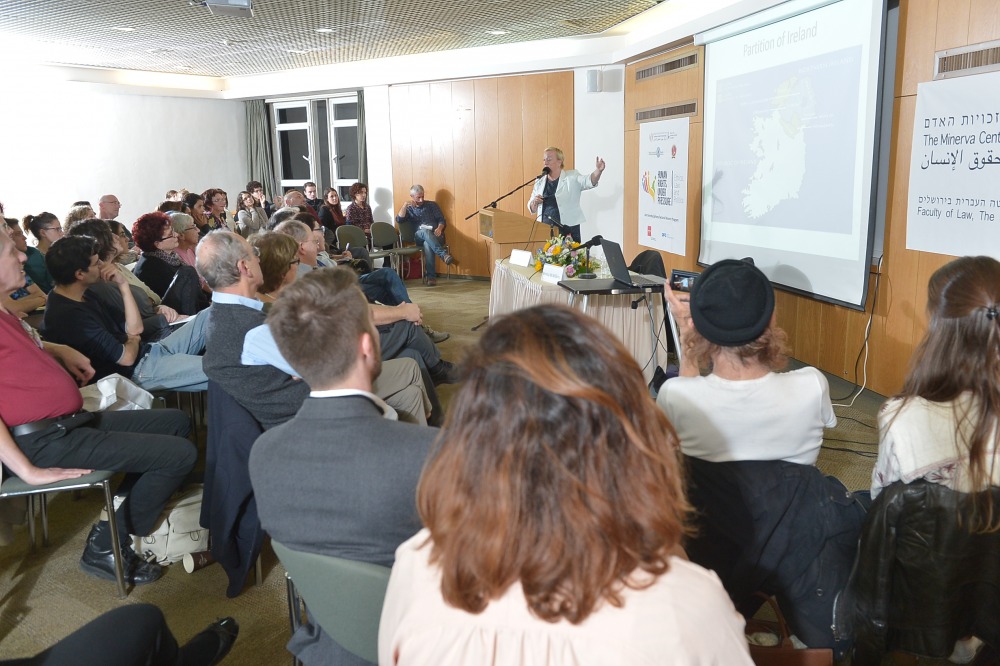 To commemorate the festive anniversary of this series, the conference was held in a special format, reassessing the state of international humanitarian law over the last decade and into the future. To this end, one published paper from each of the previous nine conferences was selected as the cornerstone for a session on a key IHL issue - with the original paper presented by its author with the benefit of historical perspective, followed by extensive comments by a respondent, and audience questions and comments. Each of the sessions was comprised of top international scholars and practitioners in the field. The conference keynote address was presented by Charles Allen, Deputy General Counsel for International Affairs of the U.S. Department of Defense. And experts' roundtable concluded the three days of discussions. 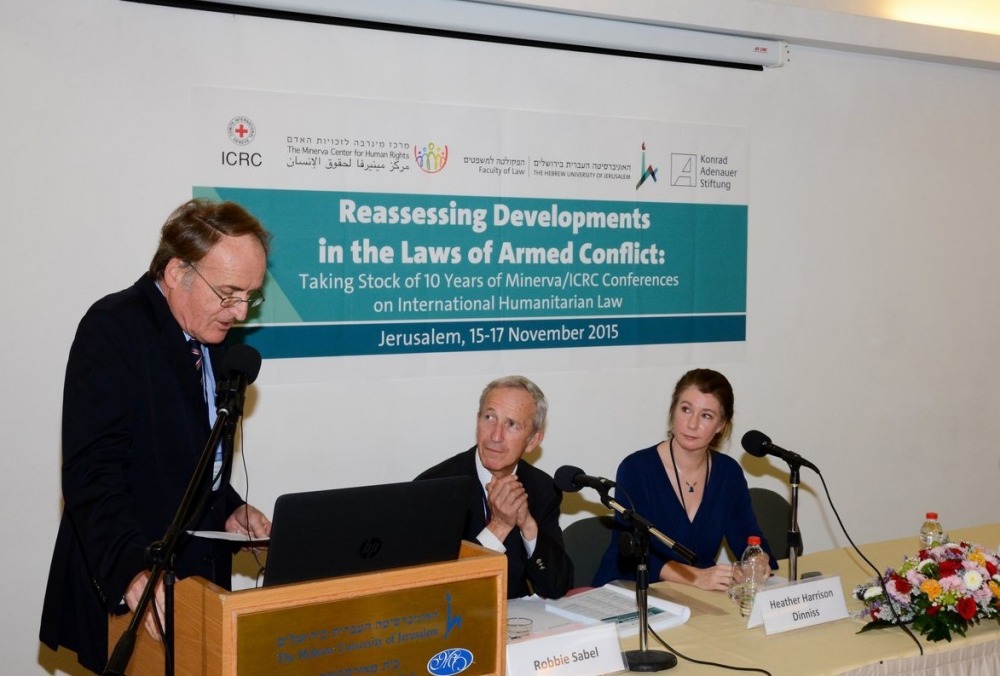 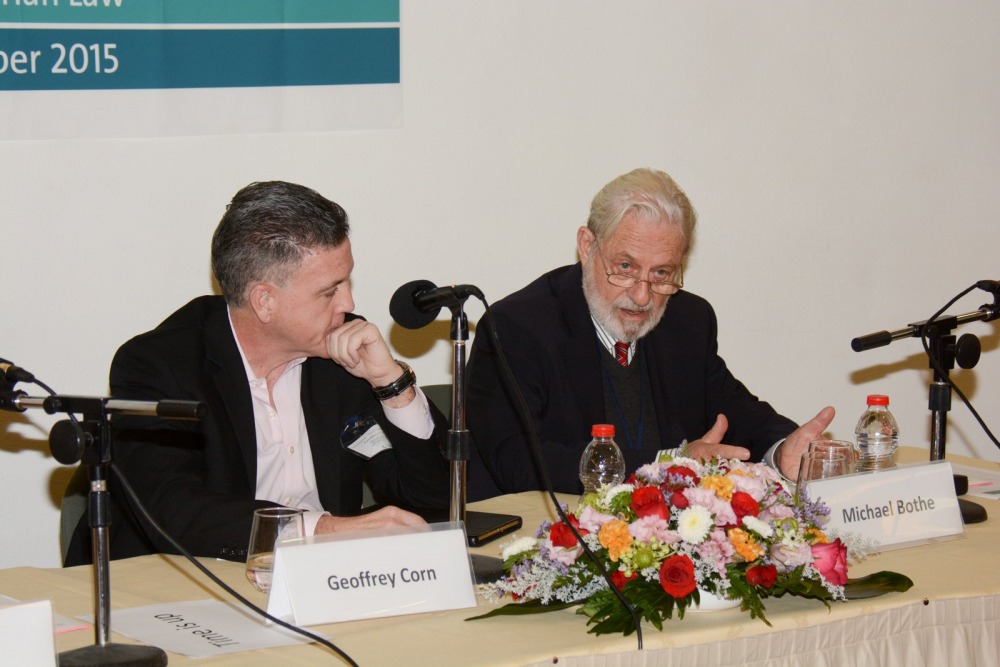 A lecture by Attorney E. Randol Schoenberg on "Woman in Gold- Looted Art from the Holocaust" (July 7)

The public was invited to a lecture by Attorney E. Randall Schoenberg, one of the heroes of the film "Woman in Gold", who successfully sued the Austrian government for the return if the stolen Klimt painting to their rightful owner. 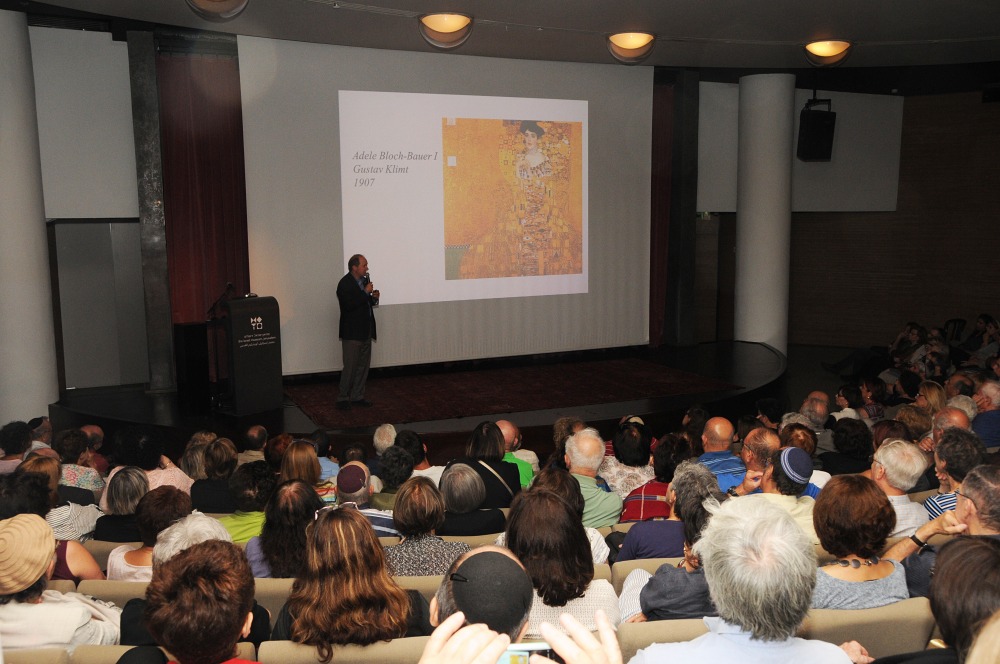 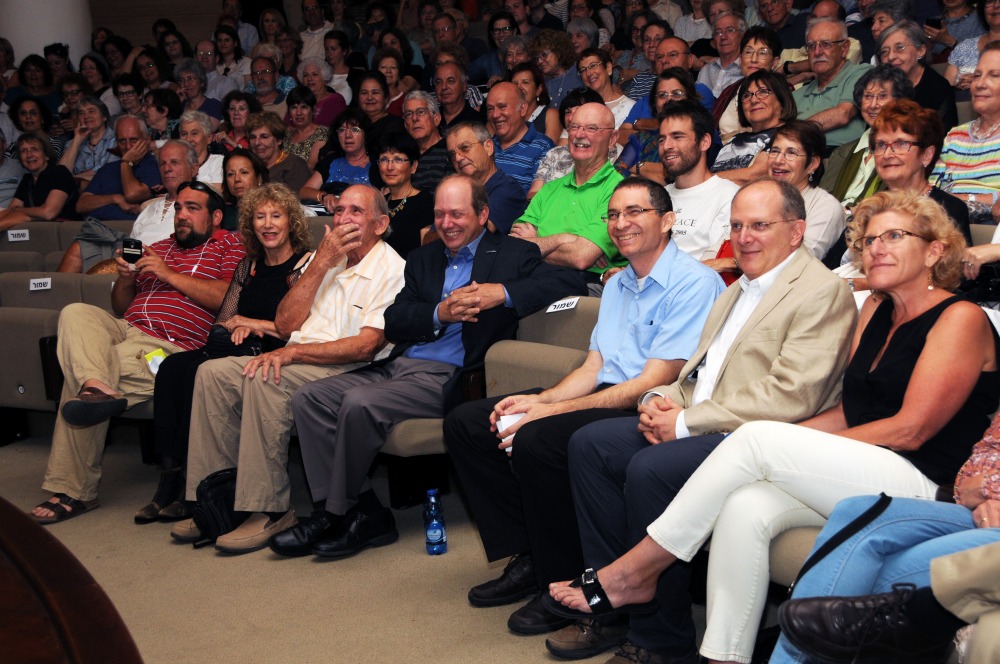 The Minerva Center hosted a symposium focusing on two aspects of Israel’s 2005 disengagement from Gaza – the State’s treatment of the settlers, and the question of the status of Gaza after the disengagement. Speakers at the symposium included Judge Dorit Beinisch, former President of the Supreme Court of Israel; former Supreme Court Judge Eliyahu Matza, who headed the National Commission of Inquiry on the treatment of the settlers; government officials, civil society practitioners and academics.

A Guest Lecture by Prof. Lea Shaver at the Lecture Series on Intellectual Property and Human Rights (May 13)

The Public was invited to a lecture by Prof. Lea Shaver of the Robert H. McKinney School of Law, Indiana University on "The Right to Science and Culture: A New Framework for Advocacy on Cultural Inclusion, Access to Technology, and Protection of Authorship".

This conference was hosted by the Minerva Center in Jerusalem in cooperation with the College of Management Academic Studies. The conference explored the ways in which the development and application of women's human rights law and practice, at the international, constitutional or societal levels, regulate the access of women to policy making positions in spaces - political, economic and religious - shaped by patriarchy. Conference keynote speakers were Justice Rosalie Abella of the Supreme Court of Canada and Justice Daphne Barak-Erez of the Supreme Court of Israel. Additional speakers were leading scholars and practitioners in the field. 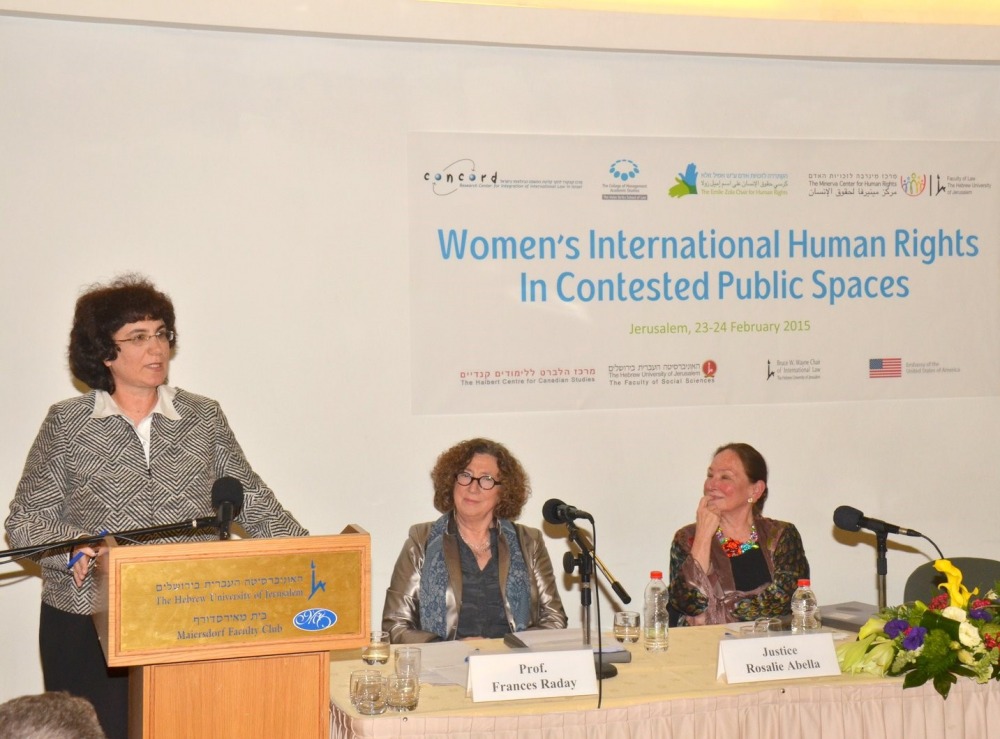 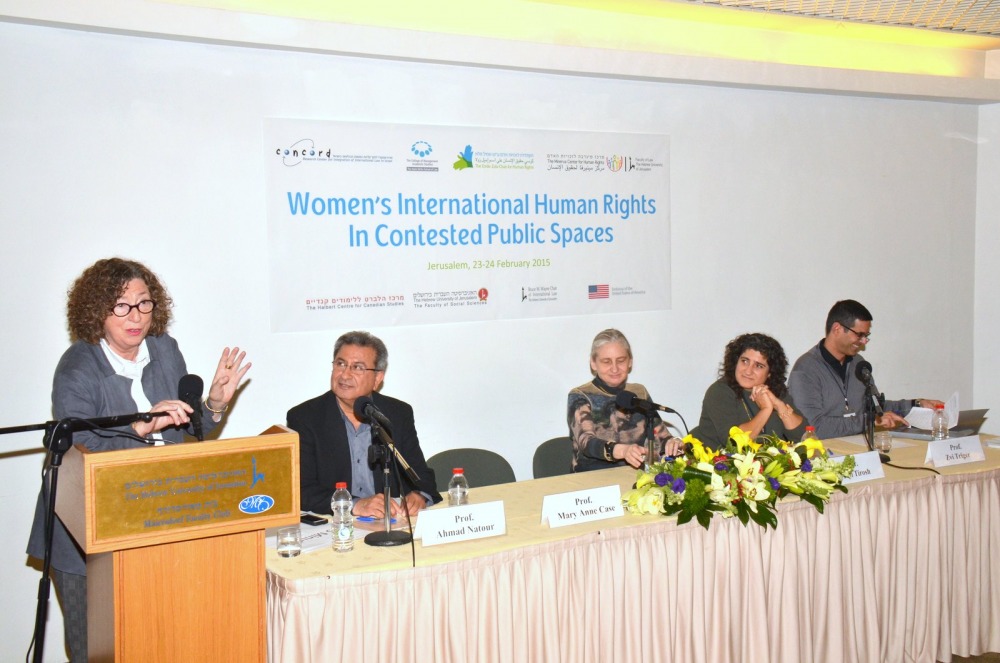 This symposium celebrated the completion of the Center’s first 3 year EU-funded project, described above, on the internalization of Israel’s international human rights treaty obligations, and on the development of government / civil society consultation mechanisms. Adv. Emi Palmor, Director General of the Ministry of Justice, Ambassador Lars Faaborg-Andersen, Head of Delegation of the EU to Israel and the Occupied Territories, and Prof. Yuval Shany, Dean of the Faculty of Law and project co-director, opened the conference. Keynote speakers included Prof. Sir Nigel Rodley, Chairperson of the UN Human Rights Commission, and formerly UN Special Rapporteur on Torture; and Prof. Frances Raday, Chairperson-Rapporteur of the UN Working Group on Discrimination against Women in Law. And Practice, and former Member, UN Committee on the Elimination of Discrimination against Women (CEDAW). The symposium also included a roundtable discussion with leading civil society practitioners and government officials. 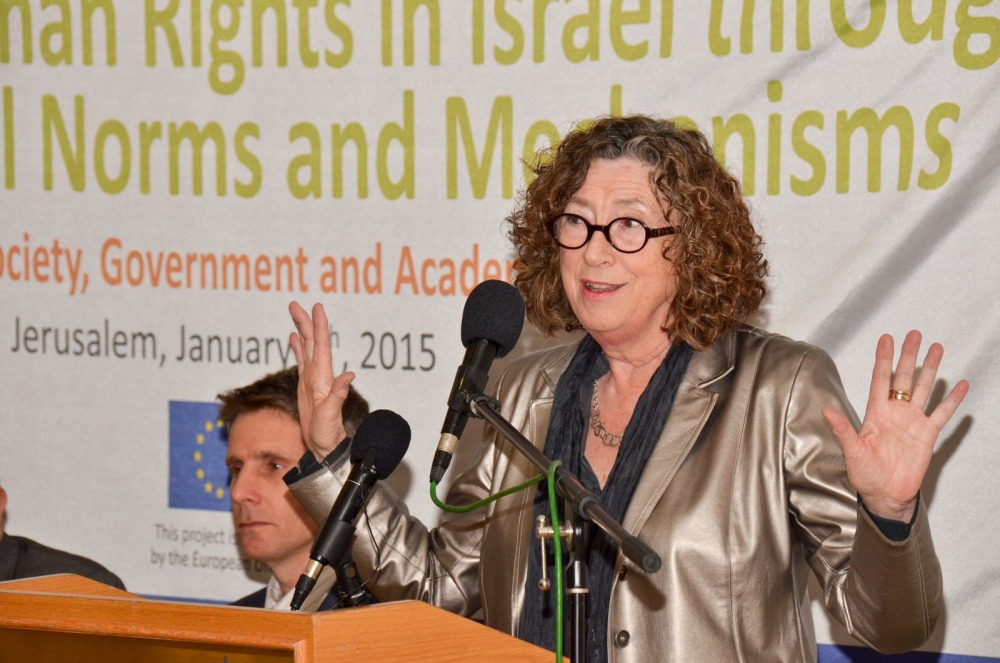 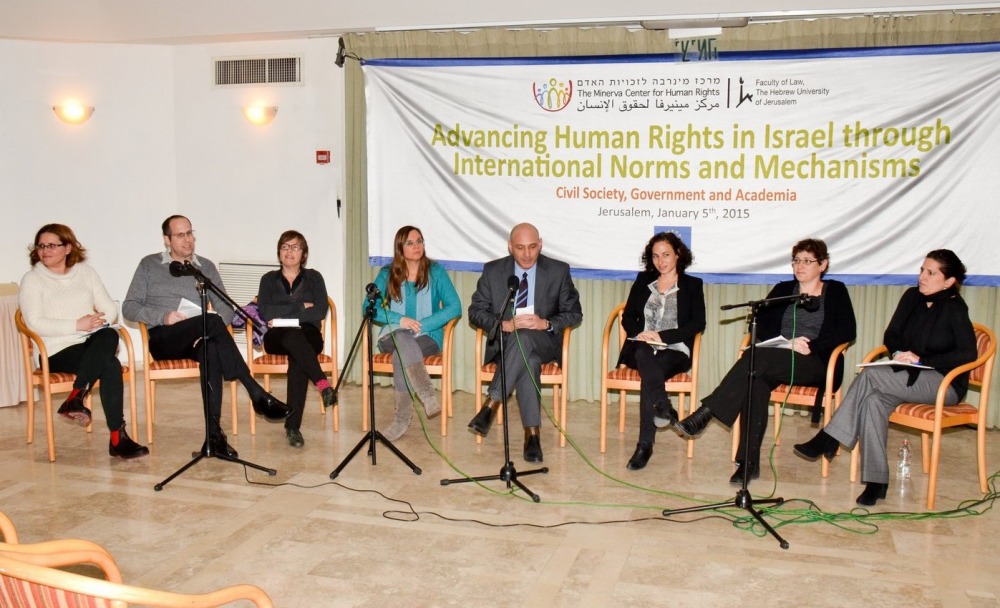